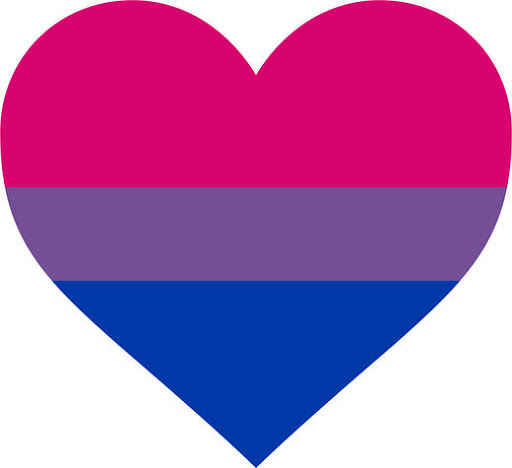 Hello, gentle readers! When last we spoke, I introduced the term “bihet,” and briefly mentioned its impact on bisexual people in LGBT spaces, a topic I will be exploring with you further today.  When I defined and explained the term “bihet” in my last post, I stated that the term distances bisexual people from their places and identities in queer spaces, as evidenced by its lack of common antonyms.  But what does that mean?

There is a linguistic void created by “bihet,” and the reason it exists is because of the people using the term.  There is no antonym for “bihet” because the people who say it do so as a way to erase bisexuality and exclude bisexual people from LGBT spaces and communities.  To some people, a bisexual person can only be considered part of the LGBT community while they are in a same-sex relationship and essentially invisible as a distinct identity. Bisexuality only needs to be identified when it needs to be excluded, at least as far as this mindset is concerned; there are “bihets” that belong in “heterosexual” communities, and bisexuals in “gay” or “lesbian” relationships who are acceptable in LGBT communities (as lesbians and gay people, effectively).  Making community acceptance of bisexual people conditional based on their relationships, an act that ignores the very definition of bisexuality, is bisexual erasure.

So far, this form of erasure and exclusion primarily occurs in online spaces.  In-person groups and communities are usually very accepting and welcoming, and generally only reject the types of people who use terms like “bihet” and think certain groups should be excluded. However, online spaces are becoming increasingly important, as the internet becomes an ever more influential aspect of our lives.  For younger people, people still in the closet, people who have only just begun or are still exploring their identities, or people who live in rural areas, online LGBT communities can be the first and sometimes only communities they have access to. These vulnerable individuals seek out online communities for the support they may not find in their daily lives, only to find their identities used against them within supposedly supportive LGBT communities as well. Bisexual people in different gender relationships are being told they are part of the “straight” community instead, and that if they access LGBT resources, whether those resources are just a group of like-minded peers or potentially life-saving support hotlines or crisis centres, they are depriving “real” community members of those resources.

This could not be further from the truth; bisexual people are and have always been “real” members of the LGBT community, with unique experiences and needs that are best handled with LGBT resources. These resources in turn benefit from bisexual acceptance, not only through an increased pool of volunteers and donations, but through an increase in usage as well. Support groups, crisis centres, emergency housing programs, suicide hotlines – all of these programs live and die by volume of access; not only are the bisexual people who access these supports not depriving anyone of their use, but the increased usage leads to improved services with greater funding, more in-depth research and improved accessibility for everyone.

Bisexual erasure is harming the LGBT community, not only by harming the bisexual people who are a part of that community, but by depriving the community at large of the contributions bisexual people have to offer.  Bisexual people are valuable assets to the LGBT community – but more importantly, they are already members of the community, who deserve to be seen and included, whether or not they are seen as beneficial.  Acceptance should not hinge on whether including someone adds value or becomes a burden on resources: people don't exist to support communities, communities exist to support people.