Being an LGBTQ+ Support

Being an LGBTQ+ Support 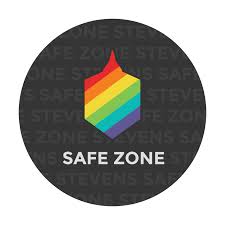 Support. We all need it; whether it is for our jobs, our relationships, or friendships. Whatever the reason or situation, we all need support.

As a straight female, I have never had any shortage of people who have had my back at one point or another. I have never had to explain my decisions - well maybe some but we won't go there lol! Not on who've I dated or why I decided to date that person, I was just told to be careful and enjoy.

However, I have friends that are gay, lesbian and bisexual. It's these friends that once they came to terms with their sexuality found out who their true support system consisted of.

One of my dearest male friends is gay. We all grew up thinking he was, but because of the narrow mindset back in the day (25 – 30 years ago), it was never mentioned. He ended up moving out of the small town setting to a larger city where his lifestyle choice was a little more... “tolerated”, let's say. To the other side of the country where he could be himself. When he finally “came out”, he was ridiculed by those who always suspected it, but I guess finally hearing it's true was something they couldn't handle. He lost lifetime friends, with some using the excuse that they didn't want him trying things on them - like please. Through all the years that have passed, he will still say to this day that I was the only person who never looked at him differently, never questioned his choices, and took him for who he was as he was.

One of my closest female friends is bisexual. She is who she is! I have watched her go from marriage to a man and be miserable... to meeting a female and going into a relationship with her and have that person almost destroy her, and then back to another man. When she was struggling with who she was as a person sexually, she tried talking to her parents. Her dad had no say, however her mother was not easy to deal with. She spent all her life trying to please her mother and this was another bridge she had to cross! Her sisters claimed to not understand either, saying it was a phase she was going through. I can't count the number times she called me to vent, to cry or just sit silent with. It took a whole lot of convincing on my part to prove to her that she didn't need any ones approval of who she was but her own. She had to learn to love herself or she would never be happy. When she finally came to terms with herself, it was then that she could look at her “friends”, her mother, her sisters and say, "You don't have to agree with my choices, but they are my choices whether you agree or not. All I ask is that you support me while I go through whatever I'm dealing with at the time."

Why do they keep coming back to me for support? It's because I don't judge. It's not my place on this earth to judge anyone. They know they are safe with me. That I will always be there to lend a hand, or be a shoulder to cry on. We are put on this earth to love one another no matter what their sexual preferences are. We are all human - we all bleed the same and we all need love and support.

If you want to be a support to those around you, remember not to judge. Be there for them, whatever they need. Our LGBTQ+ friends need more support than you can imagine at times. Be that safe space.