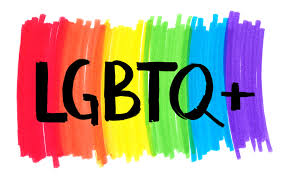 Ally: A person who is not LGBTQ buts shows support for LGBTQ people and promotes equality in a variety of ways.

Androgynous: Identifying and/or presenting a neither distinguishable as masculine nor feminine.

Asexual: The lack of a sexual attraction or desire for other people.

Bisexual: A person emotionally, romantically or sexually attracted to more than one sex, gender or gender identity though not necessarily simultaneously, in the same way or to the same degree.

Cisgender: A term used to describe a person whose gender identity aligns with those typically associated with the sex assigned to them at birth.

Closeted: Describes a LGBTQ person who has not disclosed their sexual orientation or gender identity.

Coming out: The process in which a person first acknowledges, accepts and appreciates their sexual orientation.

Gay: A person who is emotionally, romantically or sexually attracted to members of the same sex.

Gender Dysphoria: Clinically significant distress caused when a person's assigned birth gender is not the same as the one which they identify.

Gender-Expansive: Conveys a wider, more flexible range of gender identity and/or expression than typically associated with the binary gender system.

Gender-Expression: External appearance of one's gender identity, usually expresses though behaviour, clothing, haircut or voice, and which may or may not conform to socially defined behaviours and characteristics typically associated with being either masculine or feminine.

Gender-Fluid: According to the oxford English dictionary, a person who does not identity with a single fixed gender; of or relating to a person having or expressing fluid or unfixed gender identity.

Gender non-conforming: A broad term referring to people who do not behave in a way that conforms the traditional expectations of their gender, or whose gender expression does not fit neatly into a category.

Genderqueer: Genderqueer people typically reject notions of static categories of gender and embrace a fluidity of gender identity and often, though not always, sexual orientation. People who identity themselves “genderqueer” may see themselves as being both male and female, neither male or female or as falling completely outside these categories.

Homophobia: The fear and hatred of or discomfort with people who are attracted to members of the same sex.

Intersex: An umbrella term used to describe a wide range of natural bodily variations. In some cases, these traits are visible at birth, and in others, they are not apparent until puberty. Some chromosomal variations of this type may not be physically apparent at all.

Lesbian: A woman who is emotionally, romantically or sexually attracted to other women.

LGBTQ: An acronym for “lesbian, gay, bisexual, transgender and queer.

Living openly: A state in which LGBTQ people are comfortably out about their sexual orientation or gender identity- where and when it feels appropriate to them.

Non – Binary: An adjective describing a person who does not identify exclusively as a man or a woman. Non- binary people may identify as being both man and woman, somewhere in between, or as falling completely outside these categories. While many identify as transgender, not all non-binary people do.

Outing: Exposing someone's lesbian, gay, bisexual or transgender identify to others without their permission. Outing someone can have serious repercussions on employment, economic stability, personal safety or religious or family situations.

Pansexual: Describes someone who has the potential for emotional, romantic or sexual attraction to people of any gender though not necessarily simultaneously, in the same way or to the same degree.

Questioning: A term used to describe people who are in the process of exploring their sexual orientation or gender identity.

Same-gender-loving: A term some prefer to use instead of lesbian, gay or bisexual to express attraction to and love of people of the same gender.

Sex assigned at birth: The sex (male or female) given to a child at birth, most often based on the child's external anatomy. This is also referred to as “assigned sex at birth”.

Sexual orientation: An inherent or immutable enduring emotional, romantic or sexual attraction to other people.

Trangender: An umbrella term for people whose gender identity and/or expression is different from cultural expectations based on the sex they were assigned at birth. Being transgender does not imply any specific sexual orientation. Therefore, transgender people may identify as straight, gay, lesbian, bisexual, etc.

Transphobia: The fear and hatred of, or discomfort with, transgender people.